Americans drive a lot. Collectively, we put, on average, more than 13,000 miles on our cars each year according to the US Department of Transportation. Because of this, a vehicle’s ability to travel long distances without major problems is a huge consideration when it comes time to purchase a new one.

It’s also worth remembering that keeping an older car on the road instead of trashing it and buying new can be considered an eco-friendly decision. After all, it takes a lot of resources to build a car.

iSeeCars.com, a website that aggregates used car listings from all around the country, recently ran through the numbers on millions of vehicles that are currently on the road to determine which last the longest. Alternatively, you could choose to look at this list as vehicles likely to be driven by owners who travel long distances. Either way, we’ve laid out the top 15 vehicles most likely to hit or even surpass the 200,000-mile mark.

It’s important to note that while these are the vehicles that have stood the test of time up until today, we can’t guarantee future results if you decide to opt for one of these from a current model year. That said, unless we specifically say so in the text below, we’ve used pictures of current models for illustrative purposes. 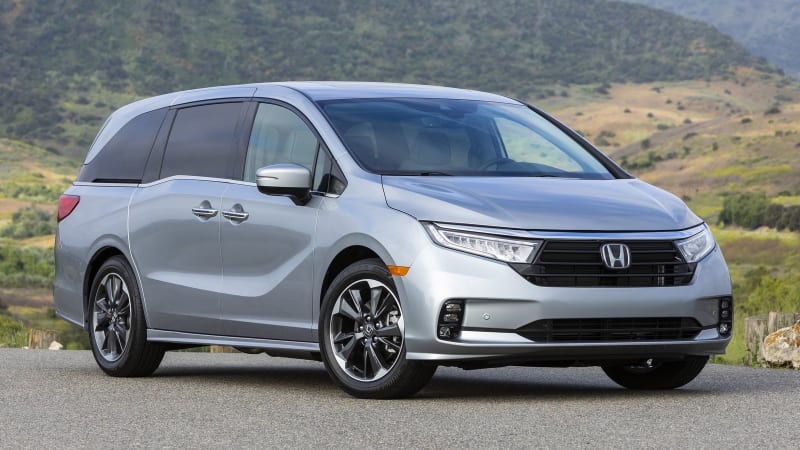 The 15th spot and 14th spot on the list of the top 15 vehicles most likely to surpass 200,000 miles are both minivans. Spoiler alert: They will be the only two minivans on the list. According to iSeeCars, 3.2% of both of these family haulers crest the 200,000-mile mark, making them the best bets for families looking to put a ton of miles on their machines. 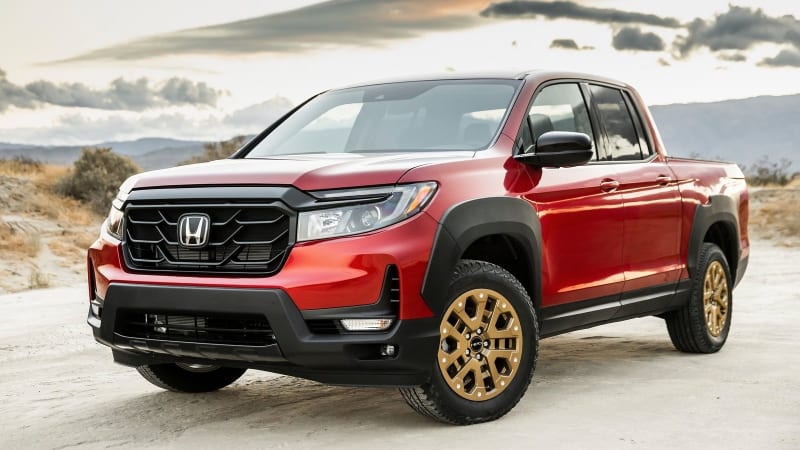 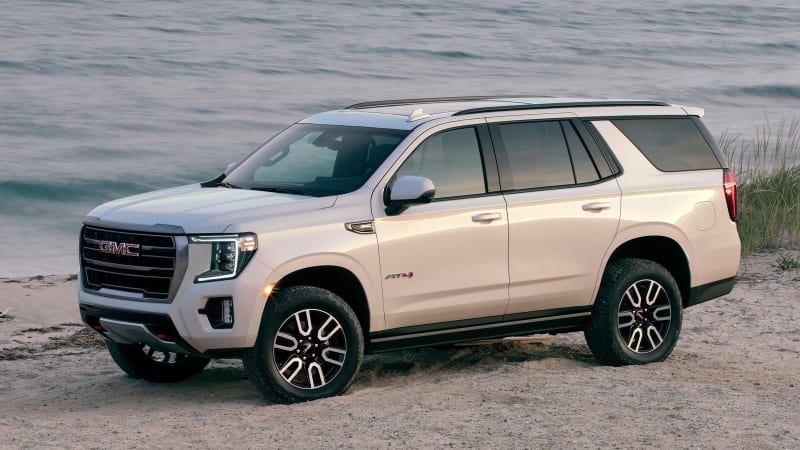 The next spot on the list is occupied by the Honda Ridgeline pickup truck with 3.7% lasting past 200,000 miles. Unlike any of the other midsize trucks it competes with, the Ridgeline is based on a unibody chassis. Opting for this more car-like structure — as opposed to a traditional body-on-frame layout — allows Honda’s hauler to ride and drive more like a car.

Up next is the GMC Yukon, also with 3.7% past the 200K mark, and the first, but very much not the last, big traditional SUV you’ll see on the list. In fact, get ready to see a whole bunch of ’em, including several from GMC parent General Motors. 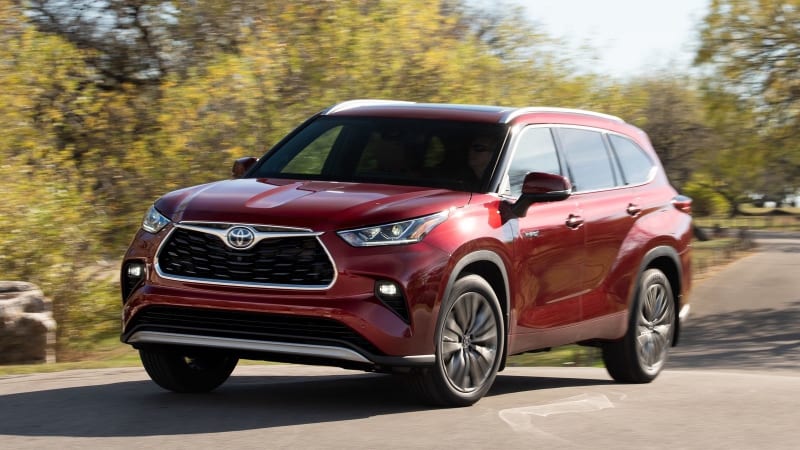 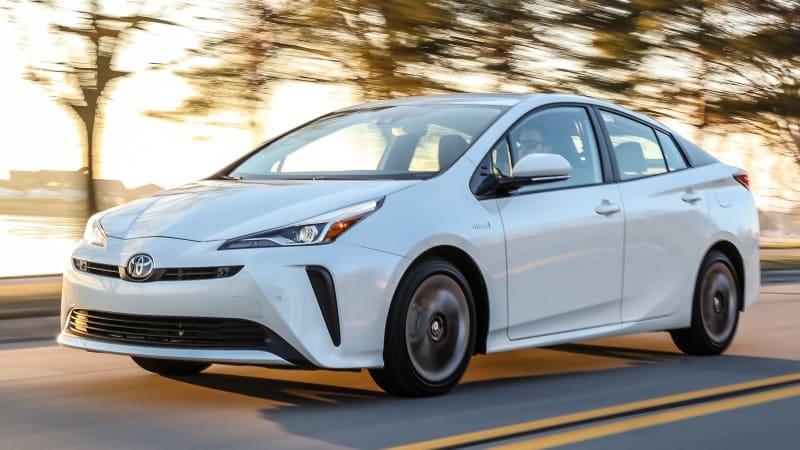 In 10th spot is the Toyota Prius. The long-running and fuel-sipping hatchback is most certainly the most efficient vehicle to make the long-haul list. “The Prius attracts practical buyers who keep their vehicle on the road as long as possible to take advantage of its low maintenance costs and high fuel efficiency,” says iSeeCars Executive Analyst Karl Brauer. To that we’ll add that the Prius is also a popular choice for taxi and ride-share drivers. 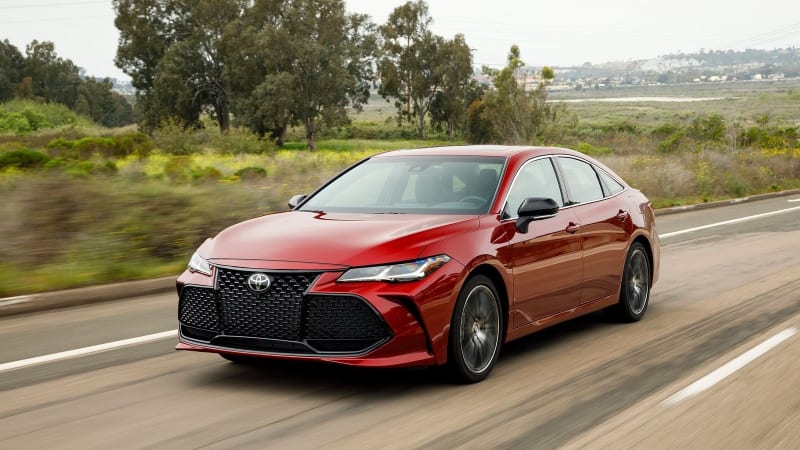 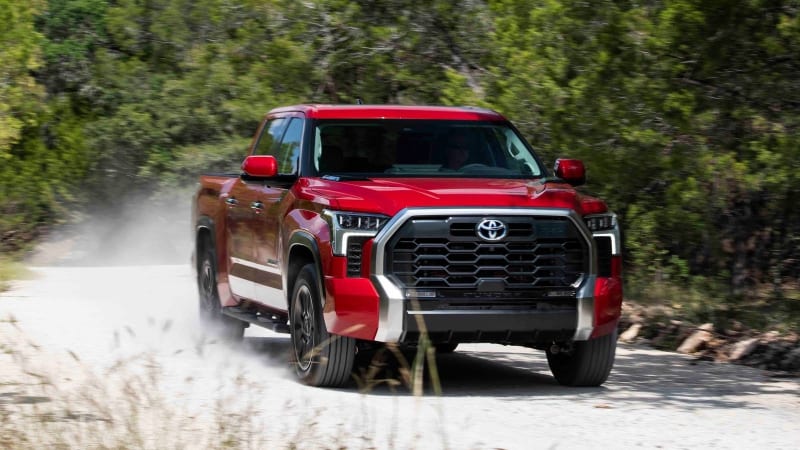 Have you noticed how many Toyotas there are on this list? Without spoiling out the remainder, we can say that 8 out of the top 15 vehicles most likely to surpass 200,000 miles wear Toyota badges. That includes number 9, the Toyota Avalon (3.9%) and number 8, the Toyota Tundra (4.0%).

The Avalon is the only traditional four-door sedan on the list, but it’s worth mentioning that the Avalon shares a lot of its major components with some other Toyota and Lexus sedans, including the Camry and ES. The Tundra is the highest-ranked pickup truck on the list, which, if you’ve been paying attention, means there aren’t any American represented pickups. In case you’re wondering, the top-ranked American truck is the Ford F-150 with 2.6% cresting the 200,000-mile benchmark. 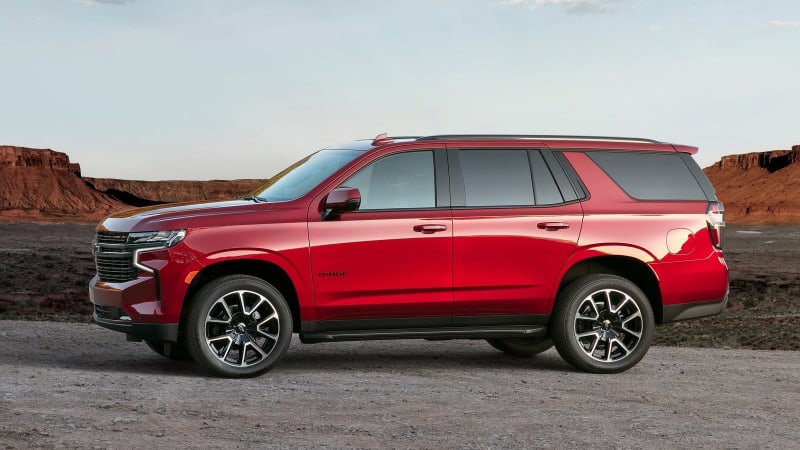 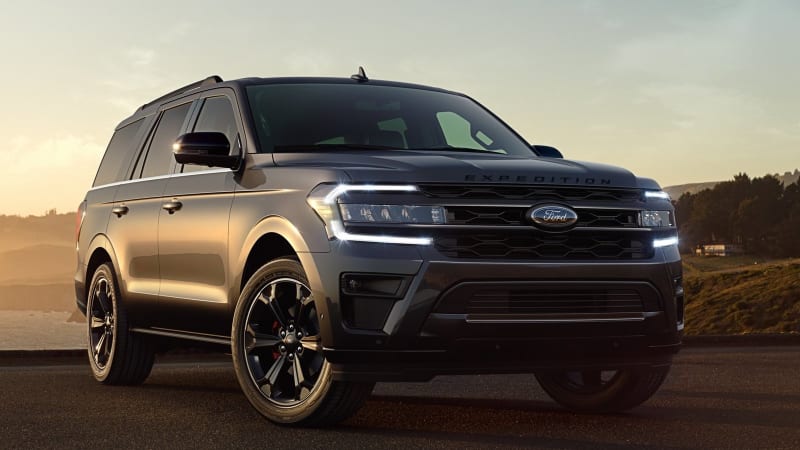 Two big American SUVs land in the next two spots, with the Chevy Tahoe (4.4%) in the seventh spot and the Ford Expedition (4.5%) in sixth. And we’re not surprised. Big SUVs are often used as family haulers for big road trips, for obvious reasons. They are also used as tow rigs for families who like to experience the outdoors. In other words, get used to seeing more SUVs as the list continues. 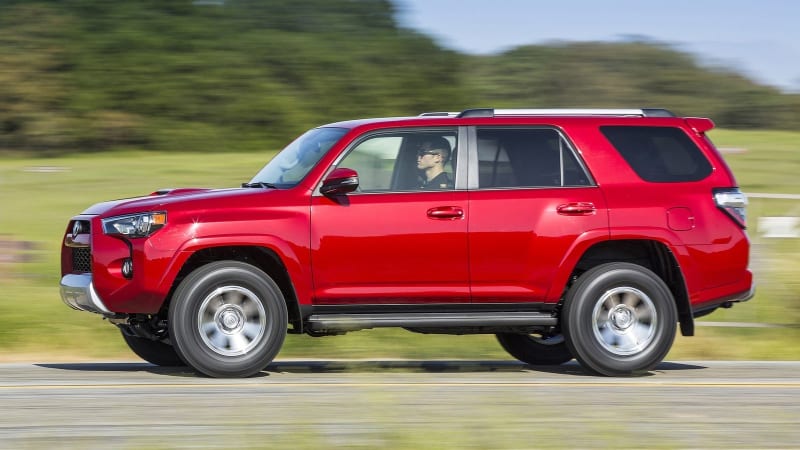 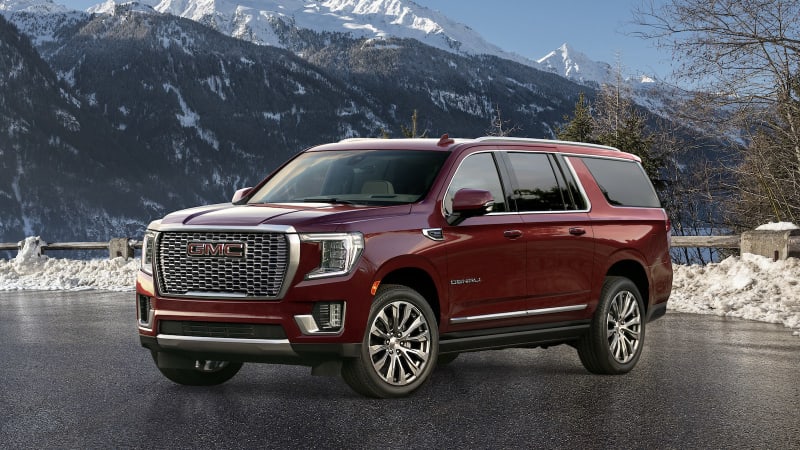 See? More SUVs. In fifth sits the Toyota 4Runner (4.6%) and in fourth is the GMC Yukon XL (5.2%). The 4Runner continues the Toyota trend, and it’s worth noting that this is a smaller utility vehicle than the rest of the models that sit in the top spots. It’s also available in a wide variety of models, some of which are strongly biased toward off-roading.

You may remember seeing a GMC Yukon earlier on the list; This is the extended XL version that adds more space for passengers and cargo. It’s fundamentally similar to the next vehicle on the list … drumroll please! 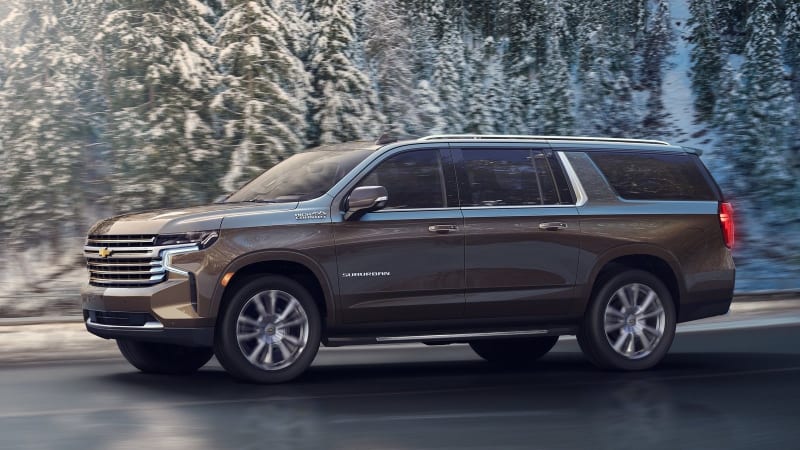 That’s right. The Chevrolet Suburban. We’ll present the top 3 by themselves, leading with Chevy’s biggest brute ‘ute with the bronze. As was the case with the Yukon, Yukon XL and Tahoe, GM’s line of SUVs is popular with families and is often used as a machine that eats up the miles. And the Suburban is the king of ’em on this list, with 6.6% of them cresting the 200,000-mile mark.

“All manufactured by General Motors, the Chevrolet Suburban, GMC Yukon, GMC Yukon XL, and Chevrolet Tahoe share a platform and many common parts, confirming why these popular family vehicles are all likely to last 200,000 miles,” said Brauer. 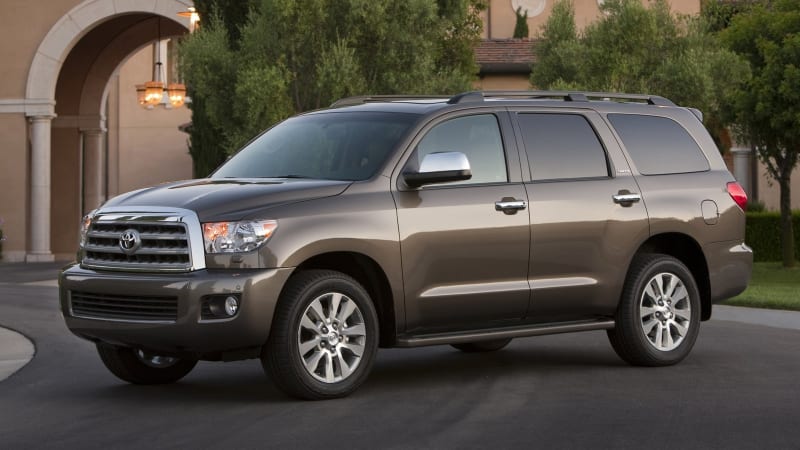 Back to the Toyota show. The Sequoia that you see above is actually from the 2011 model year, but it looks exactly the same in 2021. There’s a new version of the Sequoia coming out sometime during the 2022 calendar year, and it’s a completely different machine from the old tried- and-true V8-powered model pictured here. We’ll just have to wait and see if the new SUV is as adept at piling up the miles as the old one. Honestly, we’ll be surprised if it is … with 14.2% surpassing 200,000 miles, the old model we’re talking about here is going to be hard to beat. Except, of course, but for one other SUV from Toyota.

And now, for the high-mileage winner: 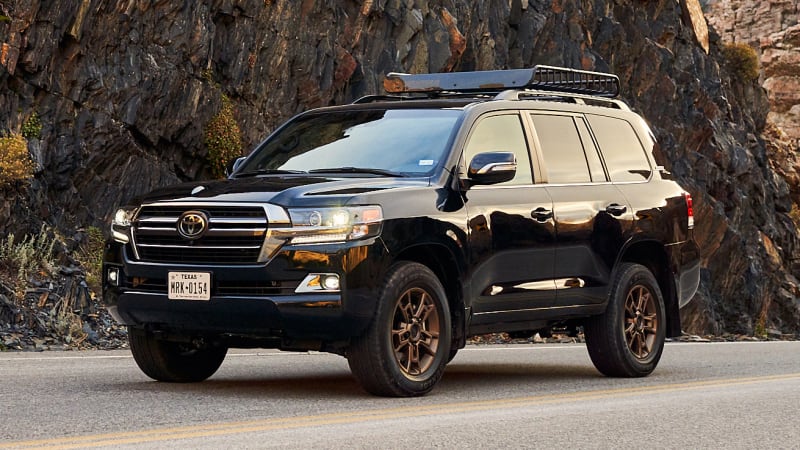 The Toyota Land Cruiser. With an impressive 18.2% surpassing 200,000 miles, Toyota’s legendary off-road luxury machine is more likely to pass the mileage landmark than any other vehicle. Considering its impressive longevity, it’s a shame that 2021 was the final year the vehicle was sold in the United States. A new Land Cruiser debuted for some markets around the globe, but here in the United States, the Lexus LX 600 will take over as the Japanese automaker’s top-shelf off-roader.